I hate divorce. It is one of the most tragic experiences that can befall any marriage, particularly when its psychological impact on children is considered. However, I have lived long enough to know that there are peculiar marital circumstances in which divorce is a credible solution. I know I will most likely be criticized by religious pundits for what I am going to say today, but religious correctness isn’t a higher priority to me than value for the individual.

Today we want to itemize and if possible analyze the circumstances under which divorce could be justified. These views may be controversial but as someone who has seen in many cases, the damaging effect of holding on to dysfunctional marriages, I won’t mind the controversy at all.

There is a difference between the occurrence of adultery and pathological or serial adultery. I believe an occurrence of adultery may be forgiven but a consistent pattern of adultery shouldn’t be taken lightly. There are couples for which adultery is second nature. Non-stop adultery, indulgence in adultery without conscience or regard for the consequences aren’t things to be taken with levity at all. One adulterous husband said to his wife, “I know what I am doing is not good, I know I will change someday. Just keep praying for me as I continue”. Such men ought to be dumped in marriage for their lack of remorse. The health risks of sexually infecting the faithful partner with the STDS cum HIVS of this age makes divorce a justified option. When an adulterous marriage becomes a threat to your health and well being, it is logical to leave.

It is unfortunate to acknowledge that some marriages are punching grounds. Some psychopathic lunatics believe that the best way to teach their lovers a lasting lesson is to beat them up. I am even shocked to realize that certain religions give the husband the exclusive rights to beat up their wives if they misbehave. How awkward. Unfortunately, there are marriages in which such violence is a daily or regular occurrence. Domestic violence and battery is hardly a sign of love so what are you still doing in such an environment? Many people have lost their precious lives under such circumstances. Should we have to lose our lives in a bid to save our marriages? I don’t think so. Even the religious counsellors who advocate life long relationships won’t go home to take those beatings for you. You must act in your best interest and leave. At least if you have your life, you can make another attempt at the marriage in future, but if your life is violently lost, that will be the end.

Our relationship with the creator should be of a greater priority to us than our relationship with any human being. When our human relationships become a threat to our divine relationship, we need to rethink them. On this note, I need to address the issue of inter-religious marriages. Naturally, this shouldn’t be a problem, if your partner feels less strongly about their religion than about you. This is seldom the case. Most of us are actually fanatical about our religion than about any other thing on earth. In such cases, it is wise to restrict our marital initiatives to people of a similar religion. If we cross the religious divide in a bid to marry, the outcome is often a conflict of doctrines, which in turn becomes a conflict of practices and individuals. Though I am not an Islamic scholar, I know enough of Islam to realize that certain practices like polygamy that Christianity forbids are acceptable. How then will a Christian and Muslim couple work out such incongruences? This is why marrying from the same religion and choosing someone with a similar depth of religious convictions makes sense to me. If a person isn’t willing to cope with your religious persuasions, it might be safe to let them leave.

I believe all other marital challenges not mentioned above should be painstakingly worked out with the help of professional counselling backed by intensive prayers and behavioural modification on the part of both partners. Even if we won’t do so for anything, at least let’s consider the innocent children who are bound to be traumatized by our insistence on divorce.

THE GREATEST IS LOVE 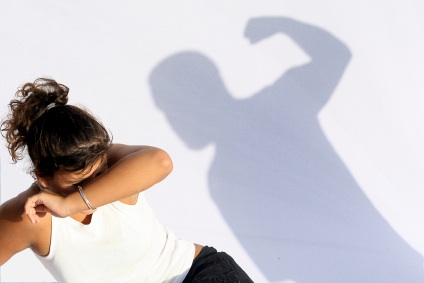 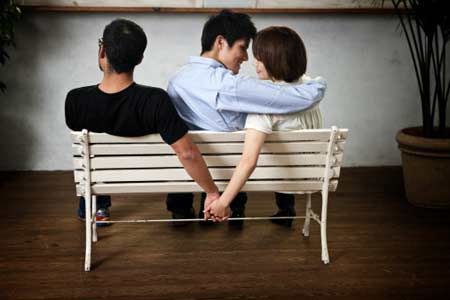 One thought on “Divorce Justified”